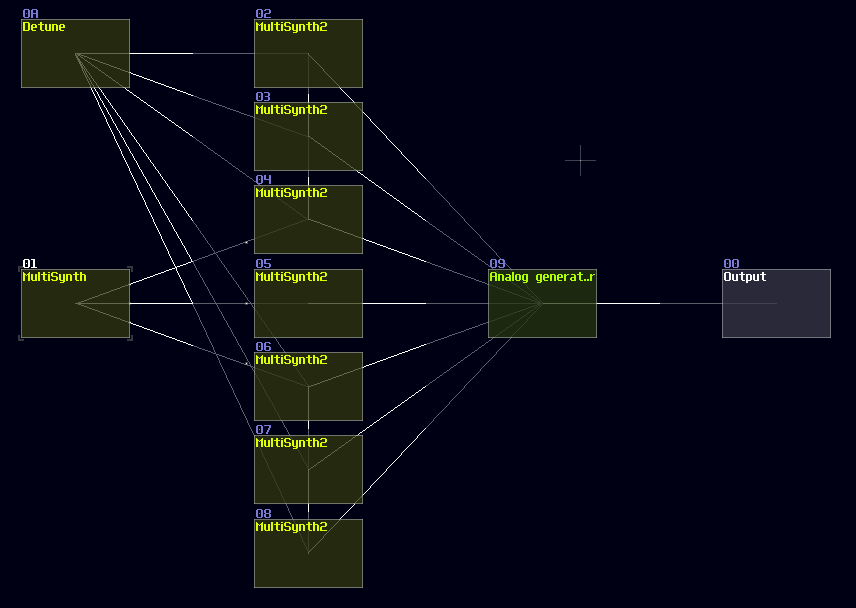 Hello! I removed the LFOs and replaced them with Amplifiers, and this does seem to heavily reduce the CPU usage. However, I can't remove the Sound2Ctl modules because of the way that the module works. It works by multiplying a constant DC signal using Amplifiers, which allows the voices of unison to differ by a constant distance. I cannot replicate this with a MultiCtl because I would require a way to multiply controller signals, which the modules are not capable of doing at this time.

I also updated the file to reflect my changes.
please check out my newgrounds account, i post music and talk to people here: https://autumncheney.newgrounds.com

Oh! I did not know that I could do that! Thank you for notifying me about that!
please check out my newgrounds account, i post music and talk to people here: https://autumncheney.newgrounds.com

this has been superseded by my updated module (though the lite version is basically a copy of this): https://warmplace.ru/forum/viewtopic.php?f=11&t=5434
please check out my newgrounds account, i post music and talk to people here: https://autumncheney.newgrounds.com

i have a soundcloud and bandcamp too (just music here):
https://soundcloud.com/autumncheney
https://autumncheney.bandcamp.com
Top
Post Reply
6 posts • Page 1 of 1